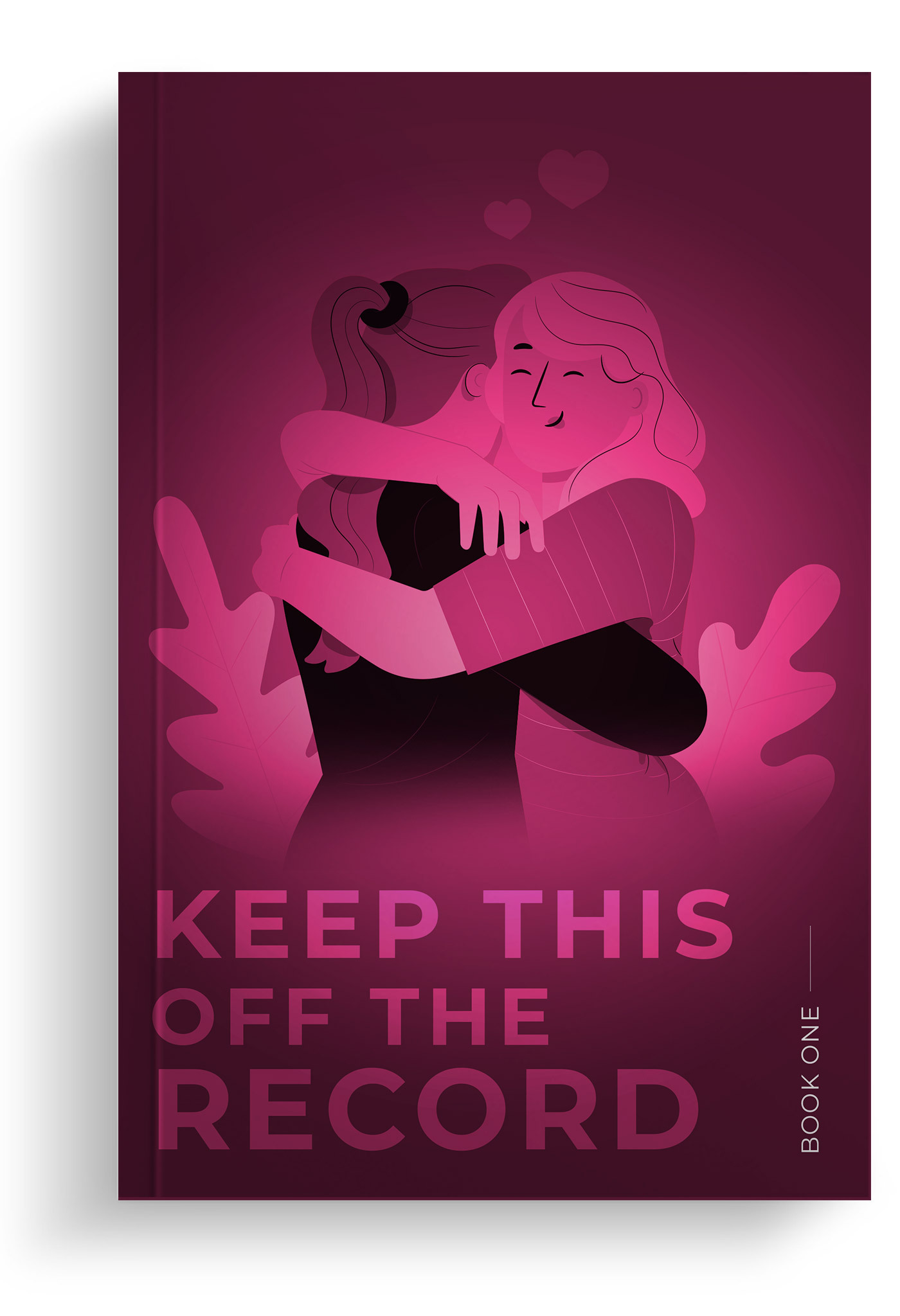 Keep This Off The Record

Abigail Channing is in love with a woman she hates.

Or at least she will be, when her friends are done with her.
From the moment they locked eyes in high school, Abby and Marie have been at each other’s throats. Ten years later, Abby finds herself crossing paths with Marie again at their high school reunion and it doesn’t take more than a few minutes before the two pick up right where they left off. Her best friend, Naomi, and Marie’s colleague, Will, try to intervene and instead wind up falling for each other.

Abby is thrilled to see her best friend in a happy relationship – except for two teeny-tiny things. First, Naomi is too ashamed to tell Will she’s been married before or that her abusive ex-husband has a habit of breaking her restraining order against him. And second, there’s Marie who is now just a few degrees of separation from Abby and seems to be turning up everywhere.

After her encounters with Marie repeatedly devolve into pubescent warfare, Abby’s friends decide their age-old rivalry can only mean one thing: true love. Together they hatch a complex plan to bring the two together—and after grudgingly being forced to face their feelings, the two start a passionate (albeit complicated) romance. Meanwhile Naomi finds herself in a complicated romance of her own when Will proposes and she accepts, vowing to keep her past a secret forever.

But on the big day, Naomi is accused of adultery and abandoned at the altar, leaving Abby scrambling to help her best friend, while her own romance begins to crumble when Marie announces their relationship must remain permanently in the closet.

Fans of Red, White, and Royal Blue and To Have And To Hoax will love this remix of Shakespeare’s Much Ado About Nothing transforms ye olde damsels in distress into strong, beautiful, and diverse women.

For Updates On My Projects Sign Up For My Newsletter

If you didn’t find your answer here, please contact us and we’d be happy to help.